REGRETTING WHAT I BELIEVED – The trap of Narrative Fallacy and the shame it brings. 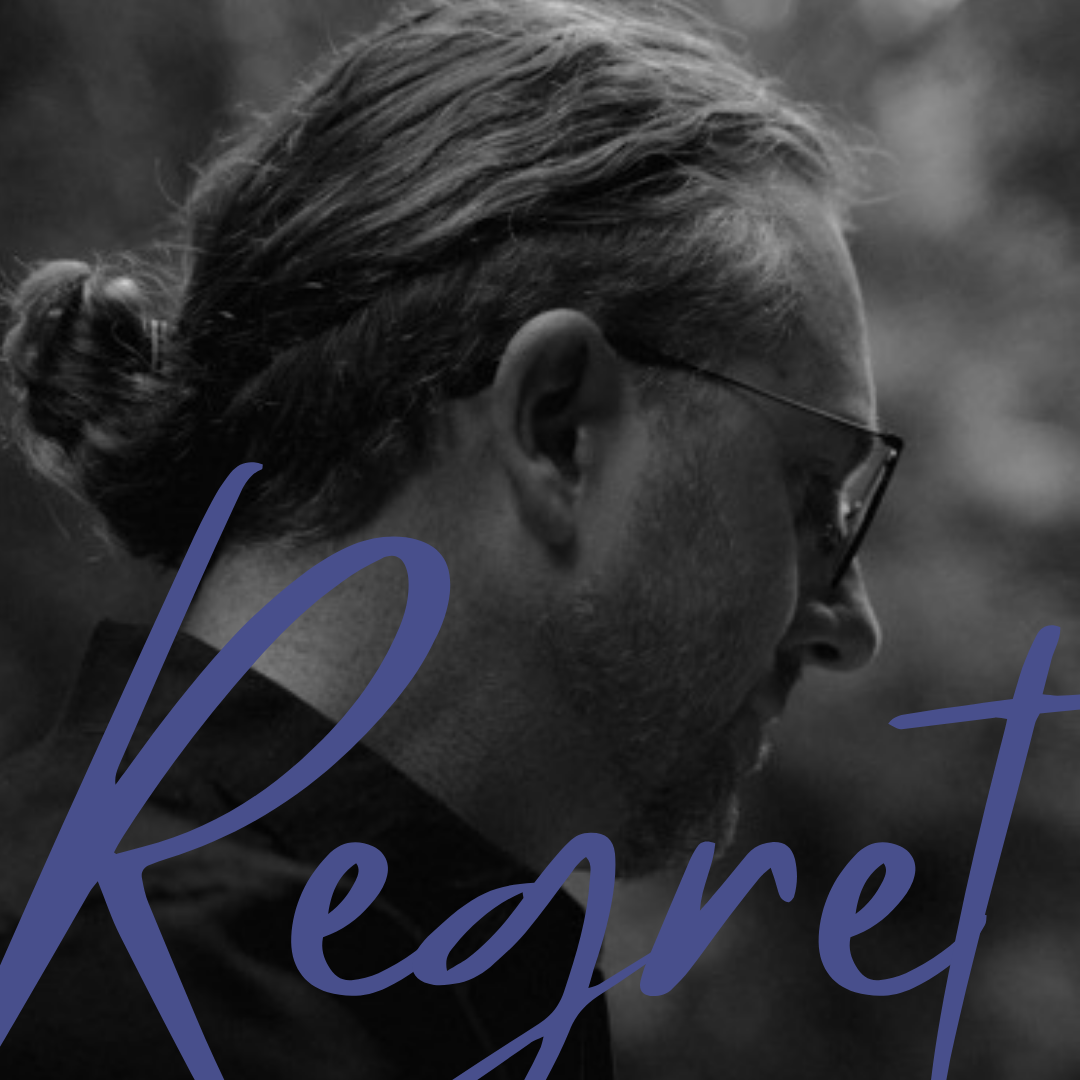 It is almost a decade since I went into voluntary bankruptcy. In 2006 Natalie and I had sold up and sold out to do missions work in Japan. We returned in 2008 with our second child due . As it happened, we landed back in Australia on the doorstep of the Global Financial Crisis, rental shortages and low employment. A third child and four years later, we were in deep financial trouble. Credit cards and unsecured loans on cars that broke countless times became unmanageable.

We treaded water for as long as possible. We soon learnt that banks whose slogans speak of care and concerns are a shallow lies. The banks were ruthless and with no way to pay it back, this 34 year old Aussie, serving God, his family and community declared bankruptcy over $42,000. Thankfully, there’s been plenty of healing and time between us and the ordeal.

Yesterday, I was asked by a life coach what my life regrets were. The bankruptcy moved from my memory bank into every heavy limb of my body. As I recalled the story in brief, she could feel the heaviness across the Zoom call. When asked what I was most angry at, we filtered through the possibilities. Me? God? Nat? Church? Well, I’ve been angry at each of those and spent plenty of resources pulling at threads – often finding myself sobbing in God’s lap. As an Enneagram 9, I don’t do anger very well. So I relabel anger as disappointment. Still, anger and disappointment are housemates and my nervous system reminded me that its not fully resolved.

In this instance, the remnant of my anger landed on an important relationship. That is; the relationship between me and a long string of preachers. No single face came to mind, but an overarching type of sermon did. Now, I’m not sure of where your journey has brought you but perhaps it has brought you to sit in a good number of sermons or seminars which presented you with attractive cause-and-effect messages that are handed to you like a map you must follow to succeed. Ironically, “5 Steps to Guaranteed Freedom” may be the title of both an MLM motivational message or a Sunday sermon on demon deliverance – so I’m under no illusion that the principle behind this kind of messaging is just confined church pulpits. Take a look around, this kind of messaging is everywhere. Many marketers love it.

I spent most of my young adult years in a Protestant stream called Pentecostalism. The denomination I belonged to (and others like it) had a habit of titling sermons and interpreting the biblical text as if it were a Tony Robbins conference. 4 Keys to a Successful Marriage. How to live your best life. 3 laws of Godly parenting. God wants you to be wealthy. Rule like David. Avoiding depression. Tithe yourself to riches. The list goes on.

Like all young men, the warrior in me wanted to conquer the world and was looking for maps, tools and tribes to make this happen quickly and pain free. It’s likely that our primordial desire to survive and deny death draws us to messages of certainty and formulas – I’m sure there are plenty of reasons for this, including our love of order and patterns that make work easy – our brains love it! There’s nothing wrong with this. However, once a person has happened upon success (of sorts), the inflated self might be led to believe that it has found the path to the Holy Grail or stumbled on some kind of secret. Suffice to say, humans have an ability to reverse engineer one’s success and build a definitive narrative around why it happened. At times, we over do it. The social sciences call this phenomena Narrative Fallacy or Resulting Fallacy. And that’s what I’m currently pissed at.

Now, I’m not against narrative itself. I think stories are not just important, but essential for humans – as meaning makers. Nor am I against sensible action. But Narrative Fallacy is a logical fallacy where we evaluate the quality of our decisions based on the outcome they achieve. When something goes right, we tend to assume that we did something right.

Now, perhaps there were things you did do right and something went as planned, but Narrative Fallacy / Resulting Fallacy has us believe that doing the right thing is the central cause of things going well.

For example, a person may tithe (give 10%) of their income to the local church and be subject to the Narrative Fallacy that if you give 10% to God, He will look after you financially and no harm will come upon your wealth. You may even attribute this practice to your financial success. What they don’t account for is high employment, health, race, a good economy etc. Well, myself and countless others can tell you this nice formula is a fallacy – regardless of what Malachi wrote 2,500 years ago. Feel free to call it a faith conviction, generosity, religious duty etc. just don’t attribute it to your financial success. Communicators reading this: Avoid taking something scripture provides as a description and convert it into a prescription. I know a sermon titled “Things you might do for a stronger marriage” is less appealing than “Keys to building a bulletproof marriage” – but at least it has integrity.

The other dark side of the Narrative Fallacy is that if things do NOT go well, you also believe that YOU have done the wrong thing. (Children of divorce sometimes believe the separation was thier doing – their egotistical nature may have them believe if they were good boys and girls, mum and dad would have stayed together. ) This other side also works as a convenient get-out-of-guilt card for those that sold you the fallacy. “Ah, you mustn’t have done it right!”, is something they may chant from safe privileged distance. Many in the Word of Faith movement became masters at this dark art.

A few more examples of absolute cause-and-effect formulas in and out of the church may include :
If you don’t have sex before marriage, God will bless your sex life and it’ll be functional and wonderful.
If you say Yes to building God’s house, He’ll build yours.
If you adjust your diet in this way and do these exercises you’ll have this tone, strong body.
If you pray and read the scripture daily, God will give you a sound mind and you’ll not suffer mental health issues.
If you do this day-trading course and use this software, you’ll make millions.
If you attend church and pray for your spouse daily, you’ll have a happy marriage.
If you get an education, work hard and save for a deposit, the bank will loan you money for a home.
If you use this affiliate linking system on your website and start a podcast, you’ll have a passive income.

I’m sure you can add some of your own discoveries to the list. One of the oldest books in the bible, Job, has an abundance of them.

Again, I’m not saying that one shouldn’t abstain for sex before marriage, read scripture, serve God, do a trading course, pray for your spouse, get educated, eat well, exercise, save money or get involved in affiliate marketing – there is nothing wrong (or necessarily right) with those things. The problem occurs when every other external factor that is outside of someone’s locus of control is not considered – yet, Narrative Fallacy places the weight of the outcomes upon the shoulder of the person taking action.

The reality is, that you and I have little or no say in factors like oil prices, pandemic measures, the health or opinion of others, interest rates, disease, birth injuries, foreign wars etc. I do not subscribe to living from a victim mindset, nor do I subscribe to the grandiose idea that I rule the planet and all that occurs is a result of my noble actions. Sure, you might be the captain of your ship, but you do not control the seas or its pirates.

Becoming aware of your own foolishness and pride can be painful. We can feel deceived and experience shame. From here though, with guidance and time, we can emerge wiser and more grounded. Sadly, I have noticed, that the very wealthy and very religious both develop clever ways to purchase their way out of facing the shipwrecks with consumerism and denial respectively – both managing to scapegoat and outsource the problem to others (or God) – thus staying poor in spirit. No wonder Jesus warned against (becoming) them.

But back to my coach’s question. Yeah, I regret believing the lie that I was immune to failure, suffering and bankruptcy because I had refused to give up on my sense of calling and pursuit of God’s heart for the hurting. I feel like a bit of a fool to have believed in the failing preachers formulas. That’s on me. But I am equally pissed at the kind of Narrative Fallacy sermons that propagate pulpits week to week. But what can I do about the latter? The truth is, very little. Because I am not God . I am not them. People do as they please.

What I can (and am doing) is;
seeing this kind of messaging for what it is,
choosing to not give it my faith,
continuing to forgive myself for believing it,
challenging it in others I care about,
position myself well for positive outcomes,
and standing in solidarity with those who, like me, find themselves living with scars from battles they lost and beat themselves up over too.

Having your innocence betrayed can feel paralysing. Feeling it’s all your fault can feel paralysing too. But it’s important to remember that we are really not powerful enough to take the full blame for failure (or success). Take some blame if you must, but remember, even though Narrative Fallacy and it’s advocates would tell you otherwise, it’s not all your fault.

David, it’s not all your fault.