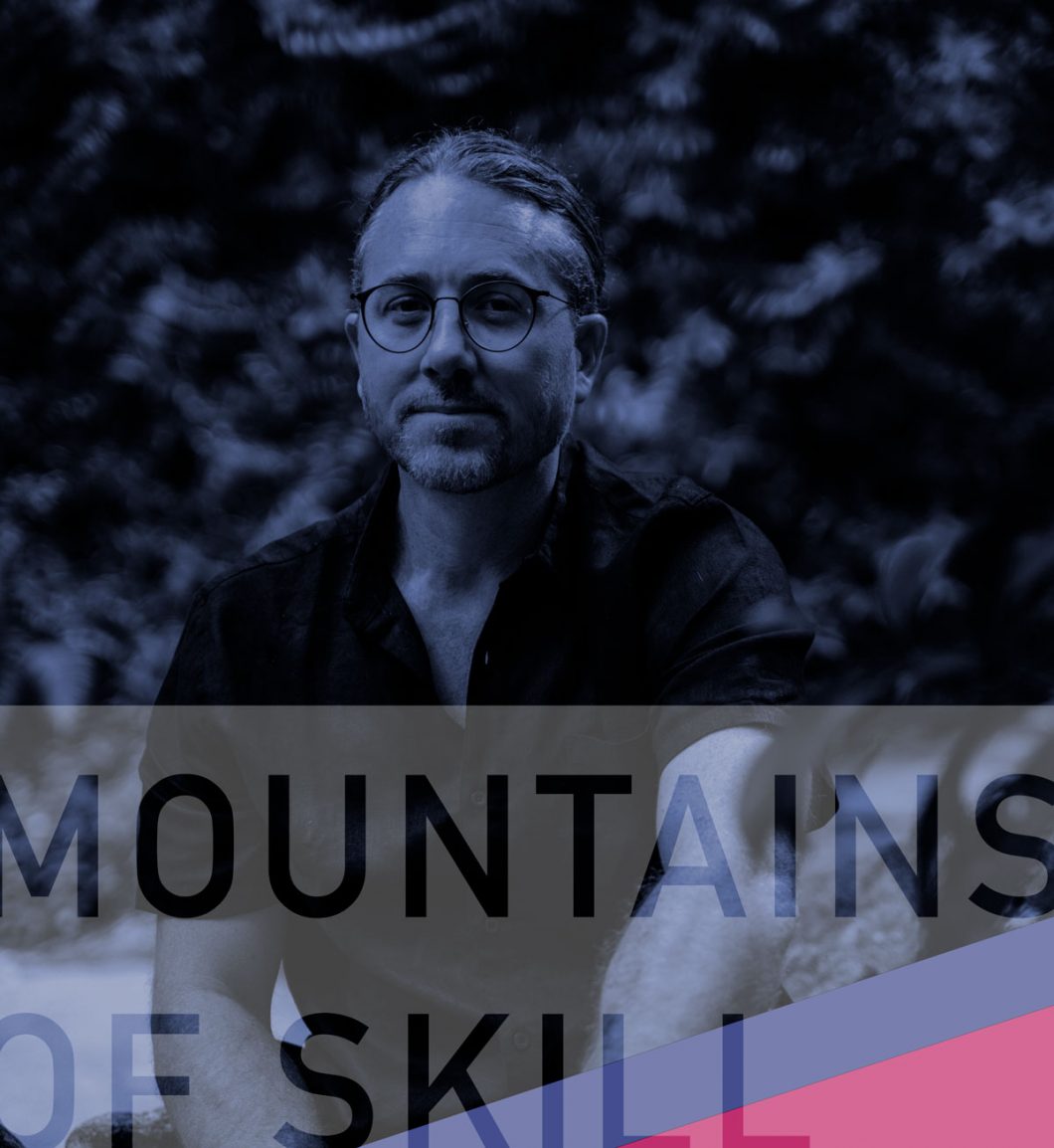 Our brain is hardwired to look for paths of least resistance – it loves to conserve energy and help us survive and thrive. This is why learning new things can be overwhelming. Writing a book may be daunting. Starting a new job may be tiring. Moving cities can be scary. New relationships can be too much.

For me, going to University at mid-life was both daunting and exciting. In the most humbling way, it confirmed that life experience matters greatly – and that I really don’t know much at all.
Until I started, I had no idea that I really had no idea. Part of this was due to the fact that I was given learning tasks in topics that I was unfamiliar with and would otherwise never come across. e.g. Advanced Quantitative Analysis. Organisational Design Structures. Interpretative Change Models. I also had to learn an entirely different writing style.

There is a fascinating and simple-to-understand learning framework called the Hierarchy of Competence. I like to call it the Mountain of Skill. It was created in the 60’s and 70s. In simple terms, this pyramid looking diagram has four levels that represent stages in skill. Once you understand it, it is glaringly obvious how skill and knowledge co-exist.

The FIRST LAYER of the Hierarchy of Competence is Unconscious Incompetence. Basically, this is IGNORANCE. This makes up the widest base layer of the Mountain of Skill.

I recall years ago, in my 20s, being brought into a charity that was mismanaging Government funds – not intentionally, but out of ignorance. They had received government funding for projects but didn’t know they had to give back what wasn’t spent so they counted those thousands in their bank account as savings and were making bold decisions based on having this buffer. The moment it was brought to the boss’s attention some very dramatic changes happened and the money was returned. It was extremely disruptive and could have been avoided if value was placed on understanding the terms and conditions outlined in the grant policies. But, you know, people were busy and… ignorance.

History is full of examples of Unconscious Incompetence and its grave costs. Just take a look at the many things we clever humans used to do to improve our health, including smoking tobacco or drilling holes in skulls to release migraine pressure (see the practice of Trepanning). Thank God for medical breakthrough and pain-meds. 🤪

Some researchers believe that if we are tired and overwhelmed, the brain will always lean towards ignorance – even a conscious stubborn kind of ignorance.

Why? Because our brains want to conserve energy. This is why learning new things when we are unwell is difficult. But, if you can get out of ignorance stage, you move into awareness.

The SECOND LAYER is Conscious Incompetence. Basically, this is AWARENESS.

This is when you know that you don’t know about something. You get to the stage where you recognise the deficit and understand its value.

To piggy-back off the last example, after the disruptive and alarming realisation that the unspent funds had to be returned, the boss started paying close attention to the terms and conditions of the grant funding. He didn’t understand them all but made sure that those managing the funds and projects did understand what was expected. If anything was beyond them all, expert help was employed to make sure everything was done properly.

Awareness is essential if we want to grow and have good success. How does awareness come? Well, making mistakes can bring awareness. This can be costly, and sometimes fatal. But it works. Ongoing higher education will also soon let you know that you really don’t know much at all. This is what I have learnt. Higher education will have you overwhelmed with information. You are asked to take conflicting and complex knowledge and demonstrate awareness of opposing views while forming conclusions of your own. It’s just not easy. In fact, you can fail! It takes an amount of cognitive flexibility. But, to quote a research lecturer of mine who tried to explain how vast the field of knowledge are, ‘When you’ve completed a PhD, at least you will have competently explored the very small wrinkle on the giant prune of knowledge’. If you choose the path of higher education, you may even gain perspective and respect for the universe – the very reason we created Universities to begin with.

Without question, some people find the process of learning and making mistakes disempowering or discouraging, because failing and making mistakes reveals incompetence. I get that. Admitting fault, admitting incompetence and admitting you have no idea about something can be a blow to the ego. Those of us who have become aware of shame’s role in our lives know how shame festers and grows in dark places. It is fertilised by ignorance. It is seeded when we hide our head in the sand. Shame disables us from being able to separate phrases like ‘I failed the exam’ from ‘I AM a failure.’ Shame has us believe that admitting that we don’t have the skill for something equates to us BEING dumb or stupid. Heck, what person wants to admit fault – particularly as the decades pass. I’ve come to believe that shame needs to be faced and intentionally, internally tackled. Finding yourself in a place of belonging, therapy and support will help, enormously.
If you can make it to awareness (conscious incompetence), you may actually chose to move to the next stage, which is Learning. Then you are on your way to Mastery.

The third stage is Conscious Competence. Basically, this is LEARNING.

This is when you know how to do something; however, actually doing it requires concentration. Think about the first time you drove a car or navigated the menu on TV remote. What about the focus and concentration it took for you, relationally, to win that person over? You could do it, but it was all rather slow and consuming.

If I weave in the example, managing the finances in a way that gave the organisation a true financial position took effort. We had to pay closer attention to how the balance sheet was laid out and records were kept. It was lot to adjust to at first. It was slow and tedious. Other organisations had systems and experience that we didn’t have – we were learning.

Learning takes so much effort. It takes lots of resources. Some people develop very strong survival mechanisms and become rigid, or as some researchers call it, ‘cognitively inflexible.’ On the other hand, if we are cognitively flexible, we will find we move through life with some ease. Think of an ice cube, versus free flowing water.

This rigidity is said to be at the root of intense political partisanship – on both left and right. Recently, I came across a research paper from the University of Cambridge that suggested mental rigidity (cognitively inflexibility) was found in those with the most fervent beliefs and affiliations on both the left and right of the political divide. I would hypothesise this same neuropsychological trait may be found is religious extremism too. Perhaps you have recently come across people who simply will not budge or consider exploring anything other than their strongly held beliefs on topics of health, religion, politics etc. despite overwhelming evidence being provided as an alternative for consideration. If you’ve found yourself frustrated with someone like this, you simply might be hitting up against a resistance to learning new things.

All that said, cognitively flexibility is a skill that can be developed. Like physical flexibility, eventually the mind learns that it can move in many ways and still retain a sense of safety and wholeness. When you have learnt something to the extent it is automatic, we call this mastery.

The fourth and final stage is Unconscious Competence. Basically, this is MASTERY. This is the narrowest top section of the pyramid.

The easiest way to illustrate mastery is the learnt skill of driving a car. If you can recall the first time you sat behind the wheel of a car, it was all a bit much. There was a lot to do. Eventually though, you master the skill and driving becomes second nature. You become unconscious of your competence. The same can be said of almost ever skill we possess. Writing. Speaking. Walking – these are all learnt skills.

To finish off the story being weaved into these examples, eventually the administration team came to a place of mastery where dealing with these kinds of funds and programs became second nature. The skill of thinking and approaching balance sheets etc. was a lot easier than when they started. They’d developed a team and system around mastery of a skill.

So here are my 3 questions to you.