My take on the five-fold ministry – Moving beyond gifts and titles into virtuous maturity. 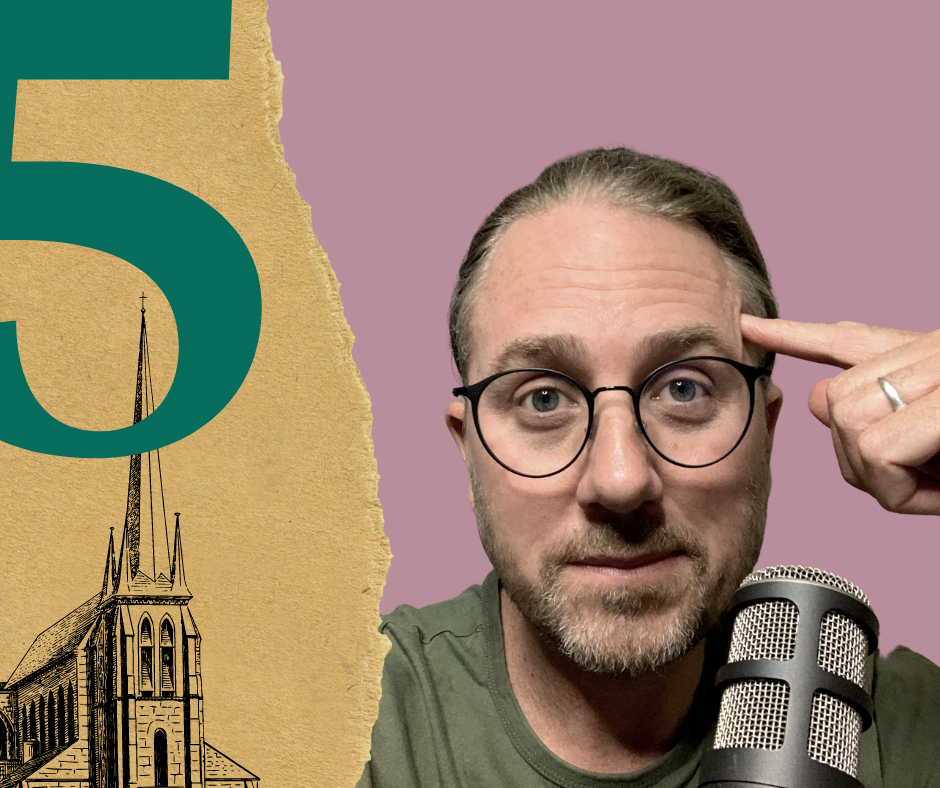 I don’t recall sharing this perspective on my thoughts around Ephesians 4:9-16 publicly. Partly because, when I developed it in 2017 I was travelling among several church circles which held a more exclusive view of who might be called an apostle, prophet, evangelist, pastor or teacher (AKA five-fold ministry) and I didn’t want to rock the boat and not got invited back. Yep, it’s a travelling minister thing! I have no skin in the game any more so I share this with you for consideration.

From my experience, there are two overarching views on the five-fold ministry titles/positions in Protestant streams of churches. On one hand, these are five special titles assigned and confirmed to individuals. e.g Pastor Mike. Prophet Graham. Apostle Frank. Evangelist Brian. Teacher Steve. They might even consider women worthy of those titles. On the other hand, some churches/movements only recognise Pastors and title all people confirmed to ministry under this title. There are several reasons for this not worth getting into here. Suffice to say, despite the New Testament mentioning apostles and prophets more than pastors, it seems they were largely left behind in history, leaving the pastor and elders to do the work of equipping the Saints.

If you’ve followed my work for a while, you know that I have a big thing for maturity. I don’t believe true emotional, relational and spiritual maturity comes with age. I believe it comes with healing. And healing comes through awareness, safe mature community and the impartial work of God in us. It’s through that lens I peered into this five-fold model and asked myself, ‘How could an entire faith community be included in this empowering task of equipping and maturing the saints?’.

To dive quickly into the scripture in Ephesians 4, I think it’s important to recognise a couple of things. Firstly, that the word EQUIP in verse 12 is not a reference to teaching (as is often preached from the pulpit) but is actually a reference to healing and mending in the original language. If you read the read the entire passage in context to the chapter, it makes sense.

So if maturity comes through healing and healthy community, then perhaps it would pay to consider the five-fold scripture from the Eastern collective culture approach it was written in and not a Western individualist culture approach. This article is a summary of what I see through this perspective. It’s worth noting that what I present here doesn’t detract from either of the two dominant views of the five-fold ministry shared earlier.

Now, I know for some, answering those may be problematic because some churches manage these titles, roles and actions with fear and trembling. I am not here to argue agency, policy or theological reasons for that. For the rest of us however, what are the implications of this perspective? And what does it look like if your main community is outside a local church (because I think it is still applicable)?

Allow me to give you an overview of how I see each of these five-fold virtues in practice, because I’d argue that a mature person is one who develops in all these areas. I’ll also share what the immature (shadow side) of the virtues look like:

APOSTOLIC VIRTUE.
This person has matured to the point they INVEST TO RELEASE others.
The immature person invests to retain or for a return.
A good example of this in real life includes the way we parent or were parented. Some parents invest in their children relationally, emotionally, financially, and educationally and expect their children never separate from them or pay them back somehow. A therapist won’t hesitate to call this dysfunctional. Asian aware readers will know that filial piety can fuelled by obligation and guilt or love and honour. A mature person practices the apostolic virtue by investing in others in order to release them into their own destiny. This virtue look like nurture and empowerment. Without hesitation I think motherhood is a great example of this (1 Thes 2:7). I’ve heard it said that motherhood is one of the few relationships that begin in intimacy and end in separation. A church leader who speaks of pouring into to people, only to be angry or manipulative when they speak of leaving lacks maturity – they aren’t operating under the Light side of this virtue. A mature parent raises future parents and invests to release. I think the same can be said in any healthy organisation.

PROPHETIC VIRTUE
This person has matured to the point they INTERPRET TO UNDERSTAND others.
The immature version of this is someone who lacks the skills to acknowledge, engage and understand others.
A good example of the prophetic virtue in real life can be found in friendships and connections. There are few things more healing and valuable than being in relationship with others who make a real effort to listen in order to understand you. Just this past week I met a parent of one of my kids. We sat down and chatted for about 30 minutes while the kids played. Not once, did he ask me about me. Not even the normal ‘what do you do for a job’ question. When I shared involuntarily to mix up the conversation he didn’t even listen. He looked away and interrupted, strategically bringing the topic back to himself. On the other hand, I have a number of friends who know how to listen, reflect and seriously want to interpret what I’m saying – going beyond words, into the heart space. These are men and women who have developed this prophetic virtue. And I love connecting with them, because I know the relationship is mutually beneficial. They see moments together as sacred and desire to see and be seen.

EVANGELISTIC VIRTUE
This person has matured to the point they INFLUENCE TO RECONCILE others.
The immature version of this is someone who misuses their influence and discourages others.
In practice, the evangelistic virtue is outworked in motivation, inspiration and reconciliation. In relationship this looks like someone who is differentiated enough that they are genuinely able to bear others burdens for a season and then understand when it’s time to let that person move towards being reconciled to THEIR image of God. An example of this might be found in the kind of environments and relationships where you feel inspired and encouraged towards personal growth and healing – even if it is painful. The person that embodies this virtue has developed the ability to point you in the direction of Christ and then get out of the way – not being a guide before you, but an encouraging friend by your side, for a season.

PASTORAL VIRTUE
This person has matured to the point they INCLUDE others TO BELONG.
The immature person is simply ignorant. Unable to joyfully invite others and include them in meaningful moments.
If we consider the (over)use of the term ‘pastor’ today, we see it widely used to describe a church leader or ministry leader. We have Snr Pastors. Associate Pastors, Kids Pastors, Youth Pastors, Small Group Pastors, Bus team pastors, music pastors… the list goes on… and that’s all well and good – but if you spend a few decades in the church, you realise not all pastors are the same. In fact, I think it strikes us all when we meet pastors who are cold, evasive, rude and exclusionary. Why? Well, without a deep-dive, I think we all know that pastors should be caring shepherds of sheep. I think we all know what it feels like to belong, and what it feels like to be rejected. The pastoral virtue honours free will. It uses invitational (not commanding or coercive) language. It reaches beyond its own agenda and inquires of the other. It is hospitable. It dispels fear by sharing joy.

TEACHING VIRTUE
This person has matured to the point they INSTRUCT others TO MATURE.
The immature person instructs with indifference.
In practise, the teaching virtue moves beyond delivering instruction for instruction sake. One of the joys (and sometimes frustrations) Natalie and I have had in raising our three children is seeing how very different they are – seeing how they each handle correction, discipline, affection, blessings and instruction from us. So we work to train each of them up in the way they should go, which means we have to modify our interactions with them. e.g. I have to communicate very differently to my 17 year old daughter than I do my 11 year old son. Don’t get me wrong, there is a place for generic commands, but I’m afraid the Industrial Age and its dedication instruct for information has made this the norm, instead of the exception when it comes to teaching to mature.

So there you have it – the five-fold ministry seen through the lens of maturity and community. We did create it into a pastoral care training course for a community that was valuable to them. I also used the framework in a workplace I offered spiritual guidance for. I hope it has opened your eyes to a different view of things. Perhaps it has frustrated you. Either way – I leave it with you to ponder and comment on if you wish.