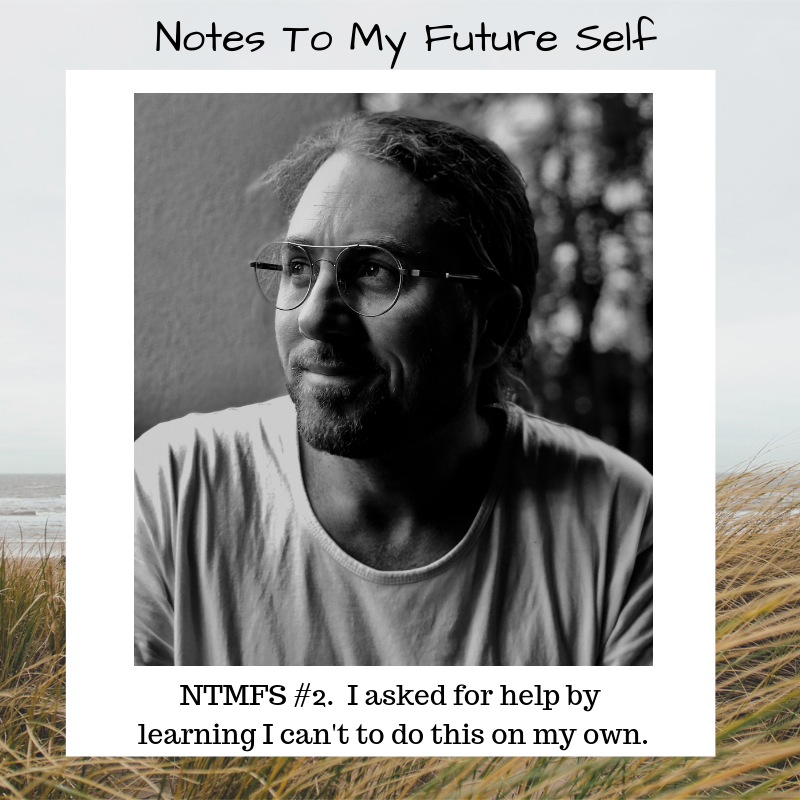 Preface: Reflecting on 2018, I’m recalling 7 things that made a big difference this year. I’m writing as a note to my future self – but they might be of help to you too.

As the clock ticked over into 2018 I had no idea what the year ahead was going to look like. Due to emotional, spiritual and physical exhaustion, the role of travelling healer, speaker and trainer looked like it was over.

I spent weeks on the sofa in a dark cloud of ‘what the heck are we gonna do!!?”

Beneath that lament was the deeper question I needed to be asking, “Who am I if I’m not what I was?”.

This inner voice was closely followed by another voice confirming my compassion fatigue and trauma exposure response.  “I don’t want to see another church, plane, pastor-with-an-issue or I’m gonna have a panic attack and lose my shit at someone.”

Just being honest here, folks… and I needed to be honest with myself and the ever-increasing voice of my shadow side; whose balls and voice was growing bigger by the day. My own brokenness demanded attention.

You can read the details of it all a bit more here, and there are other elements that deserve to be kept private. Needless to say, when I finally figured out the root cause of much of my pain, I could see the grace of God carrying me through the desert – and, as my wife phrases so well, I raised the white flag and surrendered. In doing so, I started doing something I was historically poor at… I asked for help.

The Why
For those of you who struggle with codependency and enmeshment, you may get this. For others, let me explain this to you. If you took on the role of the ‘good boy/girl’, ‘helper’, ’nice kid’ in your dysfunctional family system, the chances of you being an overachieving giver and a crappy receiver, is very high. Add to this a high dose of empathy plus burden-bearing traits and you have yourself a guy who largely draws his sense of worth and being from being the ‘good guy who helps everyone’. And that is what I’d become – because that’s what I was subconsciously pursuing. Being the healer and rescuer isn’t bad in itself – but if it’s rooted in misguided desire, its shelf-life is limited because there is a lot going out, and little going in, at your own expense. I can’t say God caused this crisis, no, I did. Sin has its own wage system: death. But God’s grace brought me through it. And the crisis itself gave me the energy and motivation for change.

So, because I couldn’t help anyone, including myself, I was finally able to move past my sense of shame and worthlessness, and ask for help. After all, people had been calling me for help for years, demonstrating that it’s not hard. It sounds like this, ‘Hey, I need some help because I’m in pain and I’m stuck. I’m human, can you help?’.

The How
In April, when I could finally get off the sofa, I started by taking stock of the financial cost of not being able to earn an income. It was about $20,000+ loss personally, and LeaderHeart, our not-for-profit which employed three people at the time, was a week away from going into the red, with dire consequences. I released an open appeal letter and $30,000 came in over the next 4 weeks. Much of it from people we’d never met in person, but who’d been touched by our work. I can’t tell you how humbling this was. And it was more than just the dollars, it was the heart behind the gifts and the messages that said ‘Don’t stop, we believe in you!’

Following this, much changed for me, personally. I started taking better care of myself and seeking help.

The Value
Here’s how I’ve come to see it: the codependent person is often racked with shame and guilt when they have to ask for help because there are deep beliefs that their own needs don’t matter as much as others – and when that lie is dressed in religious sentiment of ‘sacrificing yourself for others’, it’s the biggest friggin’ mess to untangle.

But falling apart to the point I was of-no-use-to-anyone, was exactly what I needed. Because I’m not a commodity to be prostituted. I’m deserving of the same divine respect and love I give my neighbour.

The Outcome
I slowed right down. Because the drive to rescue and prostitute myself crashed, lots of stuff happened consequently. I’ve adjusted my work hours to allow for self-care. I’ve adjusted my diet. I’ve got fitter. I spend more time with my kids. I’m more present to my wife. I’m home on weekends. I coached my son’s soccer team this year. I go indoor rock climbing at least twice per week with family and friends. I write poetry. I found a great counsellor/spiritual director/supervisor. Practice centering prayer… and more. (Some of these things I’ll write about in this series. )

I’m basically, a lot happier with the way things are, even if they’re not awesome.  And I’m getting better at asking for help and punching my tendency towards rugged independence in the face.

Note to my future self: Dave, you are not to be the atonement for another person’s breakthrough. That’s Jesus’s job. The moment you hear someone describe you as ‘the guy who fixes people’ or ‘my Drano friend’, ADDRESS IT!! Don’t prostitute yourself out to any one’s cause or issue. Don’t sell out. Give yourself the dignity you see in others. Remember all the stuff you preached on about agendas, boundaries, codependency and maturity. Remember this poem. Always love your broken and frail parts – because God does! Finally, don’t be a friggin’ hero, get help if you need it.

OTHER NOTES TO MY FUTURE SELF