This is part 1 of a series.


Series Introduction
If you think that there are no spiritual dynamics effecting your business/career/workplace perhaps it’s time to reconsider.

For starters, we are spiritual beings, that have a soul and live in a body.  Spirituality can’t be separated from anything we say or do. Interestingly, many of the world’s religions tell us that the mere act of breathing is a spiritual exercise. When you die and stop breathing, your spirit goes out with the last breath.  Quantum physics research continues to point to mysterious unseen realms that the bible has spoken of for thousands of years.

With that in mind here is something that effects most of us in the workplace, all of which may be caused by spiritual laws in play. I say ‘may’ because it’s not always the case… but I think it’s worth considering, especially if you are reading this from a Christian perspective. 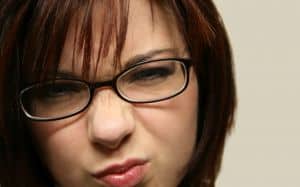 Maybe dad or mum were absent (for whatever reason) and because that hurts we make a bitter judgement and possibly some sort of a vow like “Grown ups are never there when I need them”.  Guess what happens in the workplace? The boss never seems to be around for you when you need them.  It’s like there is a greater power at work and despite their best intentions, whenever you are most in need, they are not available. They many very much WANT to be available, but for whatever reason, they just can’t seem to be when it matter most.

Perhaps mum or dad was very critical around the home. You could never do anything right.  Guess what your boss does now? He’s incredibly critical, almost unsubstantiated. And often he won’t seem to do it to others, but you!  I’ve personally experienced this and have witnessed so many like it.  If you are the boss you may find there is one particular employee that, when you have to address a simple issue, it ends up escalating and you leave the room thinking ‘Why did I just let loose like that?’.  It can be frustrating for both parties.

What’s this greater power?  Hebrews 12:15  “looking carefully lest there be any man that falleth short of the grace of God; lest any root of bitterness springing up trouble you , and thereby the many be defiled;”

Vows and bitter judgements sowed against authority in our youth (and often forgotten) are what we will reap.  Think of your life like a tree who’s roots are looking for nurture deep in the soil. This root system is established before around 6 years of age.  It’s when we live with our hearts and spirits most open and looking for life, boundaries, love, nurture and safe attachment.  If these aren’t met according to God’s law of life, we look to draw this nurture from a bitter source. As a result, we get what we desire (although we often aren’t conscious of it).

When it’s brought to death on the cross of Christ and healing and forgiveness flow, these people who once criticised us or were never around, all-of-a-sudden have the freedom to be there and not criticise – before that, it was you who drew it from them.  Now let me add that this doesn’t excuse the other’s behaviour, we draw things from one another and ‘defile’ them by our bitter expectations but it also is in them to deliver, so you both are in sin – however, the beauty is that WE OURSELVES can do something about changing it by changing ourselves.

Trust me, it’s amazing to see the change.

Recommended reading on this:  Transforming the inner man