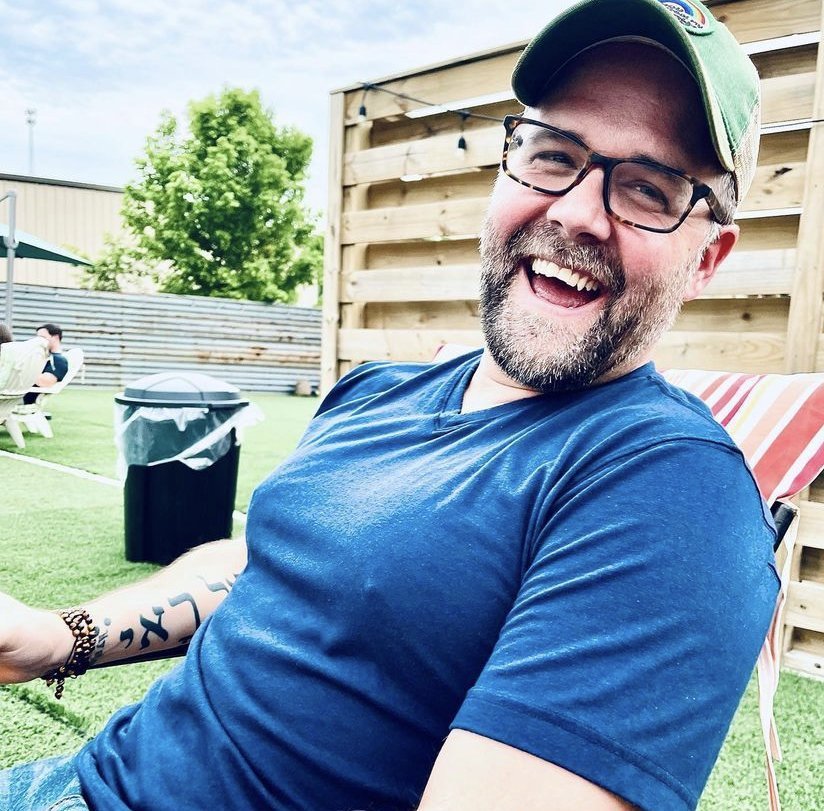 My heart has been heavy the last 24 hours after hearing the news of Steve Austin passing away.

Like so many around the world would say, we never met in person, but his character and kindness made me feel like we lived nearby.

Steve was many things including a husband and father to two gorgeous kids (plus a pet miniature pig – really). To me, he was the guy I first read about in the Huffington Post in 2017 who told a public story I’d heard too often in private; ‘I was a pastor who attempted suicide.’

Steve became a light and large voice when it came to the precarious place mental health and faith converge.  He created podcasts, great social media and wrote books on the subject of mental health and faith with genuine beauty. In fact, his latest book is due for the release in July. It is called Hiding in the Pews.  And this is where our worlds and work collided.

In January I put out a call on Instagram for people to write to me with their story which I would try put into a poem.  Steve was one of the first to message, asking me to write a poem about a pastor who attempted suicide.  I had sat with a few pastors in my previous career who had been there too, so I typed something up on my typewriter, took a photo and sent through the poem. Days later he asked permission to use it in his new book.  He also sent me chapter 2 to read. My eyes leaked when I read of his own deeply traumatic experiences as a child. He wrote so beautifully on things so very difficult to reconcile. Sexual abuse is a soul-thief and Steve gifted us ringside tickets to what fighting your way back to the light looks like.

You see, I have a typewritten letter in the top draw of my typing desk.  When he showcased his new (old) typewriter on Twitter, I said we must be pen pals. I have several typewriters so we would type letters, take photos and send them to each other via Twitter. In early December last year, I received a cool typewritten letter via post. All the way from Alabama USA to Queensland Australia. It was on rare vintage stationery he’d found somewhere.

It feels right to frame this letter in Steve’s memory. He liked to call me his friend. I will still call him mine; After all, if Hebrews 12 is right, Steve is part of the great cloud of witnesses, whose memory serves to surround and encourage us. His life reminds us of how truly messy Grace is, particularly if you stand firm among those marginalised, voiceless and misunderstood by mainstream religion.

So Steve, listen up. You wrote an endorsement that is printed on the back of my book The Wrestle. You said my poetry is ‘honest and hopeful, fierce and fragile.’  But I can’t think of any better words to describe you, my friend! So, this is how I will remember you.

Our deepest condolences to Lindsey and the kids.  The details of how Steve died are not public, but whatever they are, we mourn with you. A memorial fund has been set up here if you’d like to give.