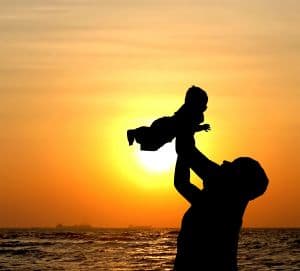 I recently watched the ABSENT Movie. If you haven’t seen it, I recommend you do. It outlines the epidemic of fatherless generations and it’s’ effect on society. Some of my favourite authors and thinkers appear in the doco including Richard Rohr and John Eldredge.

At a  recent event that I briefly spoke at, I shared my heart regarding the need for good fathers in Australia and expressed what I believe was a true statement.  That is, that there is a generation of young men rising up that want to be good dads because of the deficit they’ve seen in their own lives.

And herein lies the dilemma.  If you’ve never had good fathering modeled, where do you learn?  Fathering takes skill. It’s picked up through L.O.L. – that is, Listen, Observe and Learn.

I recently threw a question out to Dad’s on Facebook. In fact, I posted the same question twice for maximum exposure. Here it is:

A QUESTION FOR DADS: Whilst it’s true that nothing fully prepares you for parenthood, do you feel you had adequate guidance, training and modelling in the area of caring for your first child and wife (before and after birth) in the first year? If not, what were some of these deficits? Mums, feel free to enter the discussion (dishonouring comments will be deleted).

‘Probably not. I would say it was more my own fault for not seeking this out. Didn’t realise what I was in store for though. Still working on families needs ahead of my own, which I must say mums seem to do a better job. In regards to modelling this is an interesting question. I will have to think about this.’

A significant Western world dynamic  that has contributed to poor modelling is the scattering of the family unit that happened between WWI and WWII.  Before this time young boys and girls lived very closely to extended families. If young teenage Johnny didn’t see his own dad much around his 1 year brother (because he was working during the day), he saw uncles and grandads interacting and caring for the baby too. He saw sacrifice. He saw early mornings and late nights. He saw bedtime routines, feeding, changing of nappies. He witnessed bouncing on knees, walks in the pram, giggles and cuddles.  A young man would often grow up in a close community where a community helped raise children and as Johnny grew to have his own children, he knew what he was in for.  Today however, it’s a different story.

My parents were immigrants to Australia.  We didn’t live near any extended family so I didn’t see any significant male role-models around young children and babies.  It wasn’t until my early twenties, when I had become a Christian, that several young families at church would invite me around just to hang out and be part of their daily life.  I then saw dads doing the cooking, the bedtime routine, the dressing, stories, cuddles, discipline etc. Although not perfect, I was at least given a good indication of how a father can and should actively contribute to the raising of kids.

I recently heard a wise man say, “Besides breast feeding, the father should be able to do everything the mother can in raising a child.”

If you’re a dad reading this, I’d like to know if you felt equipped and prepared for the sacrifice of parenting and the skills necessary to raise your kids.

If you’re a father-to-be –  Where are you going to get your skills?

If you’re a mother of kids who’s husband fell short (in your eyes) when it came to raising your kids, perhaps this might explain why and perhaps you might offer some forgiveness and grace towards the father of your kids.

If you’re a mother-to-be –  I recommend you be patient with your children’s father. Understand that good fathering is a learnt skill. Perhaps you can talk about and pursue some avenues for better preparation and training for both of you, but especially the father.