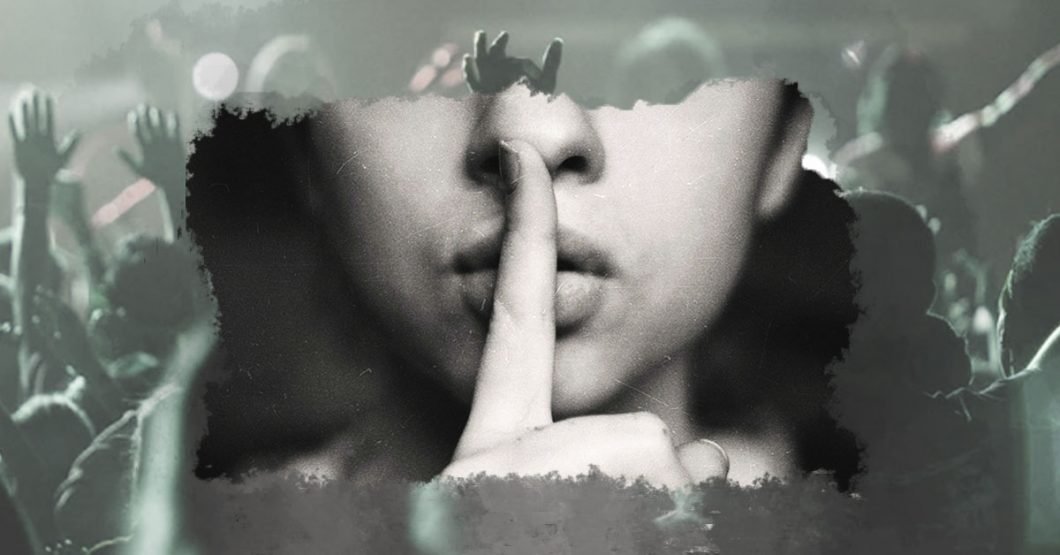 “Confess your sins one to another, pray that no one discloses your concern, and you will keep your title.” James 5:16 MDCV (Modern Dysfunctional Church Version)

OK, that is a bit of a stretch from the original scripture in James which encourages us to ‘confess our sins to one another and pray for one another, that you may be healed.’ but in many professions, including pastoral work – candour and confession is complex, to say the least.

Since writing a recent article on the systemic nature of church leaders failing and falling, several Nicodemuses knocked on my inbox. By this I mean, people came in secret to discuss the article. Not surprisingly, many carried the same theme of further concern and suggestions.  In honour of these church leaders, board members and survivors, I want to air some of their thoughts. Along with some my own interpretations and suggestions.

‘Why don’t they just share their own thoughts?’, you may ask.  Well, herein lies the issue. It’s not safe for many of them. You see, I have no skin in the game. I am not employed by a congregation. I’m not a pastor or ministry leader so public expectations on me are far less compared to a pastor. In short, it’s safe for me to write – not them.

But first, a brief crash-course in a phenomena called Psychological Safety…

Harvard University’s Dr. Amy Edmondson is the world’s leading expert on psychological safety. Her study among hospital staff in 1999 is famous among workplace culture change agents (a field I’ve been studying for several years now).  When researching the connection between reported hospital errors and patient injuries (including deaths), Edmondson found that medical teams of doctors and nurses who reported the most clinical errors, had the least treatment induced patient injuries/death.  In contrast, medical teams who’s error reports were low, had higher patient injuries and deaths. This was a surprise to her at first. Investigating further, she discovered that the morale, performance and health of the team was highest in teams where faults, errors and concerns were safe to speak about and report on. In environments where you were not allowed to speak up, problems ensued. (Apparently there is a common power play between doctors and nurses in many hospitals).  She coined this phenomena ‘Psychological Safety’.  Since then, studies at many other workplaces, including Google, have confirmed that the best performing, most innovative and emotionally healthy teams are those where psychological safety is very high.  In Amy’s words, psychological safety is a shared belief held that the environment is conducive is to interpersonal risk  – like asking for help, admitting a mistake or criticising a project. It describes a team climate characterized by interpersonal trust and mutual respect in which people are comfortable being themselves.

So imagine you are a church pastor, and the denominational governing body tells a group of you in a meeting something along the lines of, “Listen, don’t be telling us about your moral temptations and failings, we’ll be forced to take legal action and strip you of your credentials.”   How are the psychological safety levels there?

Perhaps you are a pastor’s wife and you believe the church employing your family has not been paying a fair salary for the second year in a row  – but when you speak to your husband about it he shuts you down because he knows that raising the topic of salary with the board was the very thing that had the last pastor fired. How are the psychological safety levels there?

Perhaps the issue is theological and the pastor, after overseeing the funeral of a depression-induced teen suicide, has spent 12 months privately wrestling with the common notion of hell being a literal place of annihilation or eternal conscious torment. He dives into the literature and discovers the early church believed something very different than his denomination does.  How does he address this with his board and the church? He knows that it isn’t safe to even use a term like Patristic Universalism with anyone because ‘universalism’ is a trigger word to so many – (even though few have actually studied it themselves).  How are the psychological safety levels there?

Now, before we wade into the murky waters of morality, I want to make it clear that doing harm to others must come with consequences. Perhaps that consequence is severe. Courts of justice exist for this reason. Employment contracts exist for this reason. The issue at hand, however, is safety.  Even Edmondson makes it clear that psychologically safe environments are NOT created by simply being nice, applauding every idea, whining or slacking off. The thing is, many of the pastors who wrote to me, simply don’t feel safe in the governing environments they work in. So yeah, it’s not just those who attend and volunteer at church that struggle with feeling safe and supported. Once again, it’s systemic. It’s a collective dysfunctional culture.

Question: What do most people do when they don’t feel safe?  They hide. It’s a Genesis 3 issue.  It’s a shame issue. It’s a fear issue. It’s a humanity issue. Why are we surprised to hear when religious leaders fail and fall?! (Confession: I was, last week). We talk like their behaviour appeared out of nowhere? Or their actions were ‘out of character?’  Friends, anyone who has critically failed or fallen will tell you it was a long time coming and little surprise to them.  They’ll tell you of an inner-struggle and kind-of-pain they were avoiding through unhealthy Behaviours, Events, Experiences, Persons or Substances. (‘BEEPS‘, according to Khouri and Wilder.) They’ll tell you of the abyss religious shame puts you in which is amplified as a religious leader.  Hence, the emerging dire need to break stigma around regular therapy, mental health and professional soul-care measures.

You may be a leader (of any organisation) reading this and wondering what can be done to increase psychologically safety in the teams you lead.  Well, let’s consider some suggestion from Dr Edmondson. And may I preface this with the disclaimer that psychological safety is not about creating a team that functions like some pseudo group-therapy session. Nor is it about creating a team of ‘yes men’. Instead, it is ultimately about recognising a joint desire to work together for a greater purpose. And yes, this is much easier when people are emotionally and spiritually grounded and healthy.

Firstly, a leader should be very clear and transparent about the complexity and challenge ahead of everyone. Edmondson calls this ‘setting the stage’. This is being proactive and inviting conversation – a simple question to teams like “What concerns you at the moment?” can invite them to speak up.  Secondly, leaders must apologise and seek forgiveness for being unsafe and unapproachable in the past – grab a big serving of that humble pie! Let the feedback hurt if it must. Get the therapy/coaching and help you need if feedback confirms you are unsafe and unapproachable. Teams will know sooner or later if this is a place for candid discussion by your response. Thirdly, don’t shoot the messenger. Demonstrating this, over time, strengthens safety.   Remember, psychological safety is a TEAM dynamic.  A pastor leading this team may be safe, but other team players may not be – this will immediately decrease the safety. It’s something which everyone needs to be onboard with. Make safety a priority!

To bring this back to the opening paragraph, and much written in the previous post, I believe that unless safe spaces are created to air the concerns of pastors and their teams, we may find the failing and falling of leaders simply increases.  I believe these safe spaces can effectively be created in a therapeutic setting with trained professional counsellors, psychologists, coaches etc providing supervision – as well as a functional team setting through intentional practices such as psychological safety discussed here.

If time and energy allows, in the coming weeks I’ll write on some of the other things these discussions have stirred – including the need for effective restorative practices programs for pastors who do fail and fall.

BTW on Commenting– Because social media is NOT a psychologically safe space, if your comments are dangerous, attacking and/or church-bashing, out of respect for those I love (pastors and their families) I will delete your comments on any platform. You have missed the point and need to either read this article again and comment sensibly to it, or move on. I won’t have the comments be a place of your unresolved bitterness or shame. There are more effective spaces to confess, than here.