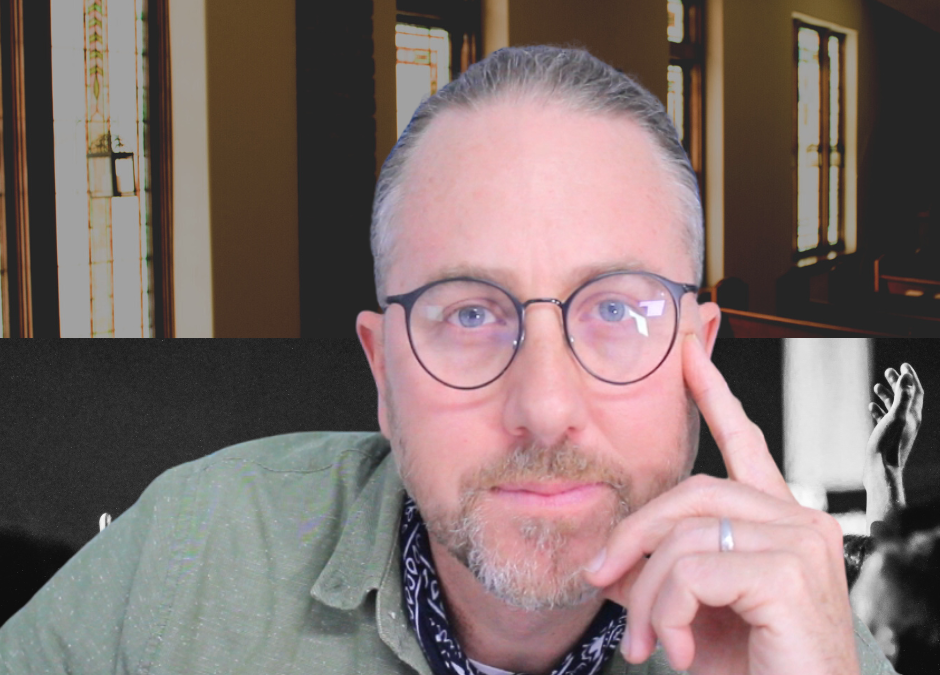 On the other side of the global disruption known by many names, many social gatherings – including CHURCH ATTENDANCE – are DOWN.

I have no empirical statistics to give you, but I know plenty of Christian church workers in Australia who have told me weekend service attendance is down about 30%. I’m not sure what the numbers are in other countries, but here in Australia, where church attendance figures were close to 7% of the population, puts the numbers down below 5%… and I wonder if that is being generous. If I crunch numbers, we are talking over half a million people who stopped attending weekend services in Australia. But is this a good thing?

There is a story I heard Father Richard Rohr tell a few years back. Rohr, a Catholic priest, told of a man in his late 50s who came to him with nervous excitement one Sunday after mass. The man told the priest he wasn’t going to be around as much anymore. When asked why the man explained that after decades of taking the Eucharist ( communion) he had finally got it! By IT he meant that decades of taking the symbolic body and blood of Christ had sunk in and he was to BE the body of Christ in his community. He was a builder by trade and instead of coming to mass every Sunday, he was going to come fortnightly and help build homeless shelters with a community group on alternate weekends. To this, Father Rohr had no response but to smile and realise this is what it is all about… that the service rituals and teachings are all UNTO something.

As I chat with many of these people who have cleared their Sunday morning calendar up, I’m noticing a trend – particularly among those who have been Christians for some time – that is; they are expressing their faith in new and exciting ways. I’m hearing stories of home-based gatherings starting, community engagement increasing and intentional rest being taken.

Now I realise at this point, there may be some pastors (some who are friends) who are torn reading this because they know that there are people no longer attending their faith community who, unlike the builder, didn’t get IT. And as someone who worked in that space for years, I understand the frustration – it’s a good sign that you care. And I get that it can be frustrating that there are fewer bums on seats and that the building doesn’t vibe the same 1/3 empty. I get you’ve got bills to pay, like any other organisation, and giving may be down. And I get that many of you are exhausted with trying to get things back to normal (whatever that means for you).

But I also want to commend you on having served so many ‘sheep’ that several have become their own little shepherds. I want to congratulate you on playing a vital role in bringing people to maturity because I have this strange (and maybe unpopular) belief that if someone has been a Christian for a couple of decades and is part of a church focused on bringing people to maturity (Ephesians 4), then it is only natural that some people will want to leave the flock and outwork the unprescribed part of their faith journey doing something else.

Yes, I believe true apostolic leadership invests in people to RELEASE them – opposed to investing to RETAIN them or for some kind of RETURN – which are principles underpinning many cults.

Does this mean people should leave a congregation after years in the pews? No, but they should feel free and empowered to.

Of course, there are a good number of people who aren’t attending a Sunday service because the break from the regular religious gatherings shook their faith enough that they are left wondering what is next. Over the last week, I’ve had several therapy calls with people feeling a little lost about what is next for them. They love God but the lockdowns snapped them out of a habitual trance and they have been left with some really difficult questions.

For several, it has started a sincere heart-felt renovation within them (some call this deconstruction). And I’m excited for those people too. And I commend them for asking the tough but necessary questions about their beliefs and worldview. Why? Because all change can be boiled down to three phases: 1 Organised. 2 Disorganised. and 3 Reorganised.

This middle phase can be the scariest for many. It can be the loneliest. It can be the hardest. It can feel like a barren desert between fruitful cities. But this liminal (in-between) space is always the most crucial and transformative. So keep going – and feel free to reach out to myself* or another understanding person that gets it.